While still in high school, David was invited to assist on Dennis Muren’s first feature film, "Equinox" where he produced a full sized prop corpse, a miniature step pyramid and a miniature house for the film.

For over forty years David has worked on scores of commercials, T.V and film projects, winning a number of awards for his efforts. He operated his own visual effects production company full time for over twelve years and managed up to 20 employees at times. David was not just a manager he was "hands-on" with expertise in model making, matte painting, motion control, lighting, optical printing, editing, stop motion and cel animation. See David's IMDB Credits.


In 1992 David closed his studio to join the "Star Trek: The Next Generation" team where he received an Emmy Award. Over the next seven years David was able to personally embrace the technological changes in visual effects from models to computer generated imagery (CGI) and championed the used of CGI for Star Trek visual effects. David won a second Emmy Award for "Voyager" and was nominated twice for "DS-9" 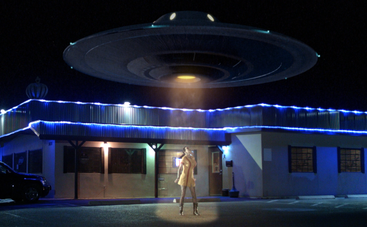 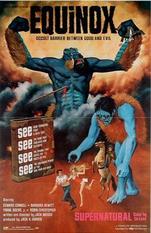 David Stipes is a filmmaker, visual effects consultant, artist and educator working in Phoenix, Arizona. He is one of the visual effects people who made the transition from the pre-computer (i.e. boiler plates and rivets) effects technology to the digital age of visual effects. See David's Curriculum Vitae.

David knew at a young age that he wanted to do visual effects for movies. As soon as he could get a movie camera he began experimenting with every effects technique he could read about. He began corresponding with young animator / filmmaker, David Allen, and through him met Jim Danforth, Dennis Muren, Phil Kellison and many others. 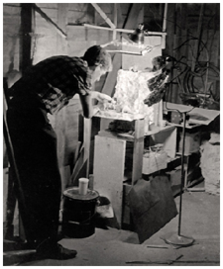 David moved to Phoenix in 1999 and became a full time instructor at The Art Institute of Phoenix. Moving to Arizona afforded him the opportunity to have a closer relationship with his son, Nathan, who is also a filmmaker. David continues to be supportive to his son and has functioned as a producer on some of Nathan’s film projects.

David is a member of the Visual Effects Society (VES) and has done visual effects consultation, supervision, design and production on the recent web series, "Normally This Weird," "Voyage Trekkers," "Mantecoza," and "Space Rangers".

He participated in Visual Effects forums at the 2006 Phoenix Film Festival and at Dark Con in 2012. In December 2005 through Jan 2006 David had a one-man exhibit of visual effects props and memorabilia at The Art Institute of Phoenix Gallery. 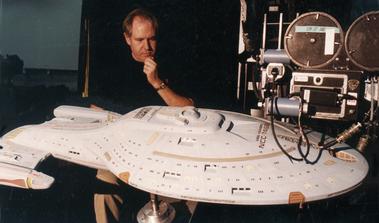 Who is David Stipes?

For additional information about David's career, you can view an on-line interview at  Galactica.TV

Currently, after 19 years of teaching, David continues to create visual effects and work on projects.  He is learning new computer programs, and writing biographical & technical essays. He also does Life Seal counseling through The Logos Center, the church he attends in Scottsdale, AZ.